For many years this memorial stood as shown at right, ignored, neglected and all but forgotten, at the edge of the school grounds of what is now the Thomas Jefferson Classical Academy in Henrietta. It was placed there to honor 17 former students of the original Tri-Community High School who died in WWII. The original trees that were a central part of the effort had either died or had blended in with the surrounding foliage.

The plaque has been refurbished, remounted on granite and restored to a place of honor, as shown below.

On Wednesday, November 10, 2010, the Academy’s middle school student council unveiled it in a central location on the upper school campus. The new memorial commemorates the 17 brave soldiers who gave their lives for our freedom in World War II. Each grade, K-12, raised the necessary funds to replant 17 maple trees along with a plaque for each tree dedicated to each soldier.

Several family members of the fallen soldiers, along with a group of veterans and interested citizens attended the special ceremony. Here is the newly restored memorial plaque on its new granite base. 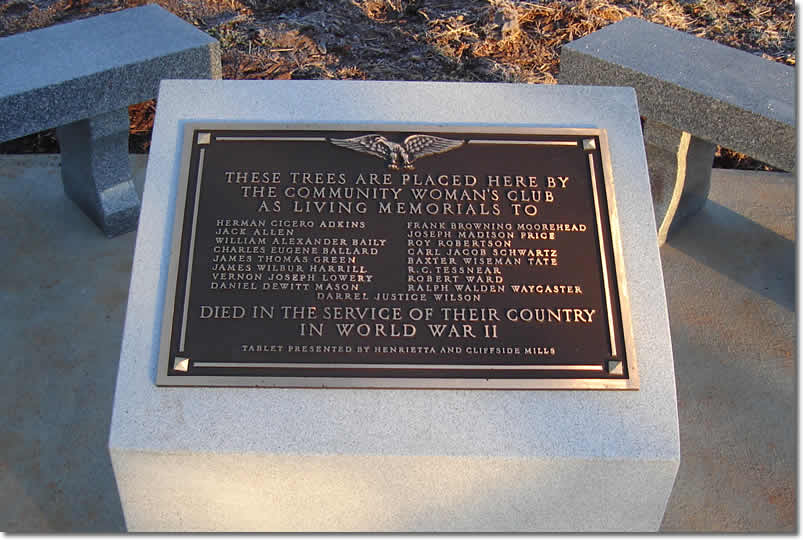