Scrip was a method used by mill owners to compensate its employees. In the 1920s and ’30s, some mills were so short of cash they had to pay workers with such tickets or tokens, which could be exchanged for goods (only) at the mill’s store.

Don Bailey, a collector of such items, who contributed this image of these denominations, says, “I’m sure the scrip shown was used in both Henrietta and Caroleen, since originally the mills there were Henrietta 1 and Henrietta 2, and I have been told by old timers that there were mill stores in both places.” 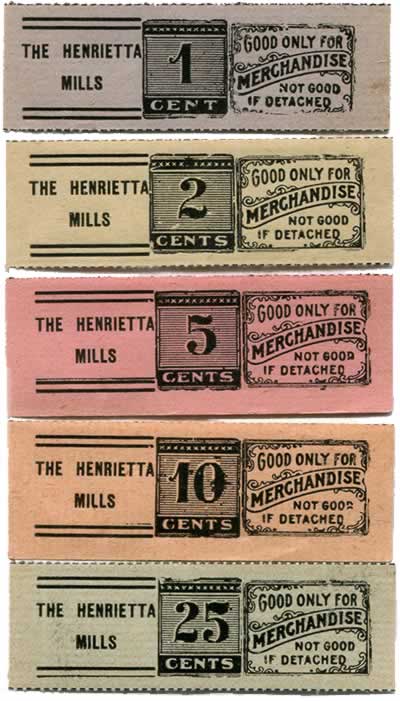