Home » The County » End of an era for D.C. Cole’s musical family

End of an era for D.C. Cole’s musical family

FOREST CITY — “Music is the blood that runs through my veins, my heart beat . . .Teaching is my passion,” said Jane Krause Hill, a 30-year music educator, retired earlier this month from Rutherford County Schools. 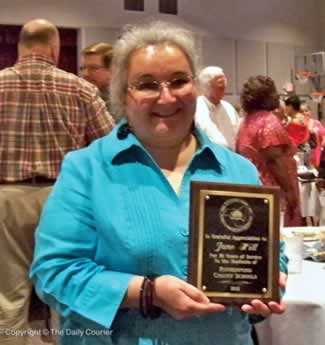 When Hill retired, it was the end of an era when members of D.C. Cole’s family — musical pioneer of Rutherford County — taught music in the county schools. The era spanned half a century, with only a brief interlude when Hill was teaching in Scotland County.

Last week while having dinner with some of her family, first cousin Chris Cole, reminded her it was indeed the end of the era.

Cole, retired from Kings Mountain Schools, is an inductee in the NC Bandmasters Hall of Fame and an East Rutherford High School graduate and Western Carolina University graduate. Cole is band director of a charter school. 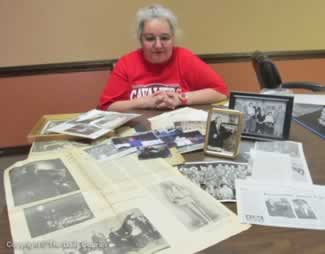 From a family of well-known musicians, beginning with her grandfather, D.C. Cole, tagged as Mr. Music Man in Rutherford County, Hill’s mother was Helen Krause, who taught music to school children across the county.

While the schools here were being blessed with the musical family, surrounding counties and states have also been a part of the family tradition.

Hill says she definitely got her musical talents from Mr. Music Man himself and her mother, she said.

“I remember being in the fifth grade (Forest City Elementary) and them coming around recruiting for band,” Hill began. During that time in her life, she stayed with her grandparents, D.C. and Faye Cole, until her parents got home from work. When she told her grandfather she was going to play the flute, “he told me, ‘why not consider the cornet?'” 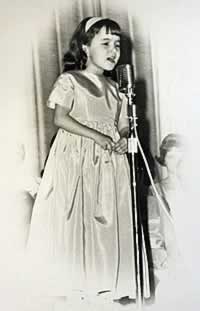 She followed her grandfather’s recommendations and learned to play the cornet, although the trumpet became her personal favorite.

“He just loved the brass instruments,” she said of Cole’s suggestion.

As a music major, she learned to play all instruments.

“There has been constant music education in our family and will be forever.”

All of D.C. and Faye Cole’s children — three boys (deceased) and two daughters, played music and so do the 14 grandchildren and now great-grandchildren.

She taught every grade from K-12 in 13 different schools with seven superintendents, seven supervisors and 36 different administrators.

During her career she has presented hundreds of music programs and concerts with school students for the public including the traditional Thanksgiving evening program in downtown Forest City when the Christmas lights are switched on. 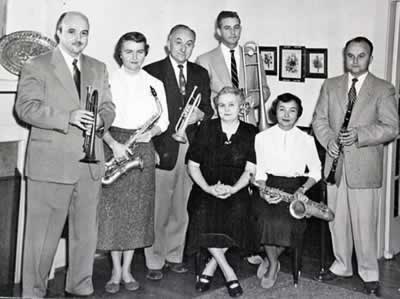 In addition to her career of teaching music, she has also served as choir director for several churches.

A graduate of Pfeiffer College and Appalachian State University, she teaches piano, voice and trumpet and is called upon on many occasions to play the trumpet for weddings, funerals, military burials, “some even on the same day.”

She said during her years of teaching, she didn’t just concentrate on music concepts, “but on character, history, sharing personal stories to enhance lessons.”

The 30-year teaching career was wonderful, “even with its ups and downs,” Hill said.

“When I announced retirement to the children, I was deeply touched by their reaction Many were very upset and wanted me to stay.

“I really wasn’t ready to retire, but the timing was right.

With 30 years, plus one year sick leave, new music curriculum, guidelines and her mother suffering from dementia and Alzheimer’s Disease, Hill said “It was the right time.”

She doesn’t plan to sit down though. She’ll spent quality time with her mother, and re-acquaint herself with her kitchen, continue her church music and hopes to do substitute teaching.

She and her family members are compiling a cookout of family favorites.

“As cousins, we are all extremely close. More so now, than when we were growing up. The family values instilled in us by our grandparents is very important,” Hill said.