Home » The County » A Business History: Boom and Bust » The timeline of change for county textile industry 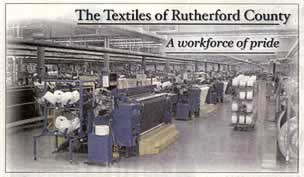 The timeline of change for county textile industry

This list of closings or layoffs, provided by the Forest City office of the Employment Security Commission of North Carolina, includes triple digit job losses in the textile industry in Rutherford County. Included is the reason for the job losses and whether the job losses were caused by a layoff or a closing.

(Counting job losses in double digits, 22 closings and 13 layoffs were reported on the ESC list. The ESC states that the data are not comprehensive and are derived from newspapers accounts and from information supplied to the ESC by the companies experiencing layoffs or closings.)