In the late Frances (Mrs. Jim) Callahan’s collection we found this casual snapshot of the entrance to some old movie house. Only when we looked closely did we notice it was Forest City’s Pastime Theater. We knew, from Phillip White’s reminiscences of the old Romina, that the Pastime was just across the street, and both were operated by the Griffin family.

The Pastime was formerly named Horn’s Theater, and its logo is barely discernible embedded in the tile floor just under the “We Go Fast” poster. What year was it? We’d guess 1942. The featured film was released in September 1941, and the Pastime was not by any means a first-run theater.

What became of the Pastime? We don’t know, but hints of its existence still remain. 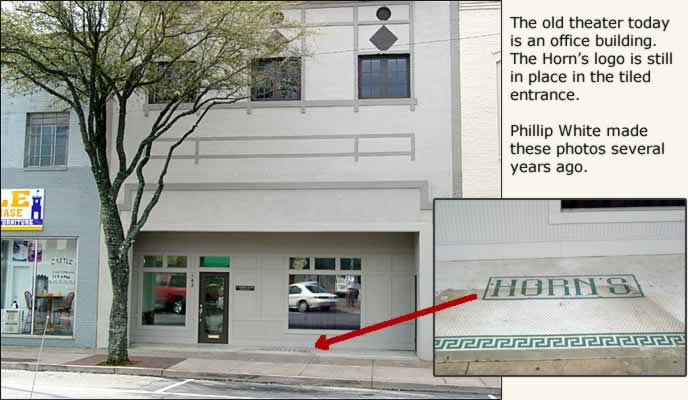 And, as a “special added attraction,” Phillip threw in this free ticket. Hope you enjoy the show. 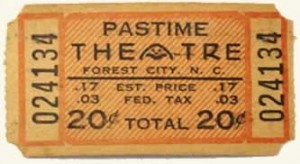