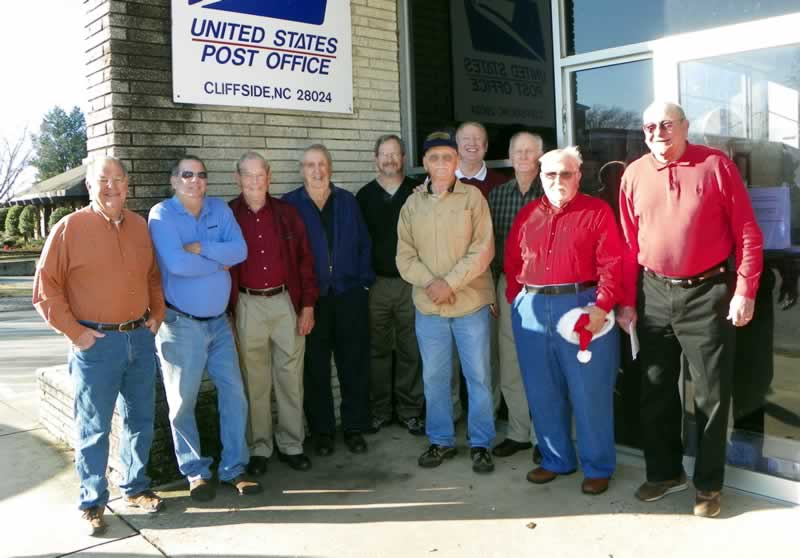 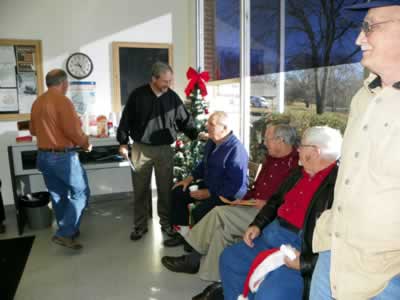 Like birds on a wire, “bored” members of chapter #28024 of the USPS Morning News Club line up at the local post office.

On this day (12/23/2011) a number of members were absent, including Cecil Houser, Scott Houser, Horton Landreth, and Bob Hawkins to name a few.

Each day the facility is open (and especially if there’s coffee inside) a quorum is present from about 8:00 to 10:00am. The agenda of this august assembly is to share new gossip and rehash the old; solve the nation’s problems through spirited discussion; relive the town’s past with foggy and often exaggerated reminisces; and hope the Postal Service’s budget cuts don’t do away with a good thing.

It is said that Phillip Houser (postmaster) is writing a history of this loosely-formed but dedicated organization.