When we first heard of this old relic we hoped it might be the remains of a Cliffside Railroad car from the early 1900’s. That’s the era, alright, but not the provenance. It actually came from Baltimore a few decades ago. A man in Caroleen brought it down, “fixed it up,” positioned it on Boss Moore Road, and for several years used it as an office.

Then Bob Hawkins acquired it with the idea of using it as a “retreat” in a secluded part of his property on Highway 120. He and others spent a lot of time rebuilding its ornate doors and windows. But before these new appurtenances could be installed a falling tree demolished the old car.

More shots of the old car. (Click an image to start slideshow.) 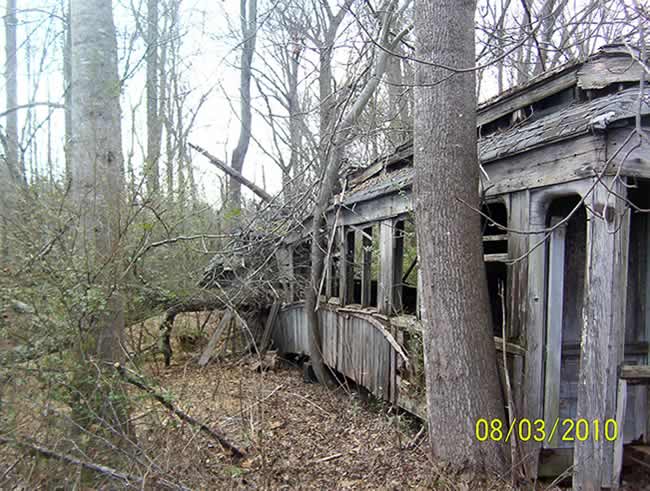 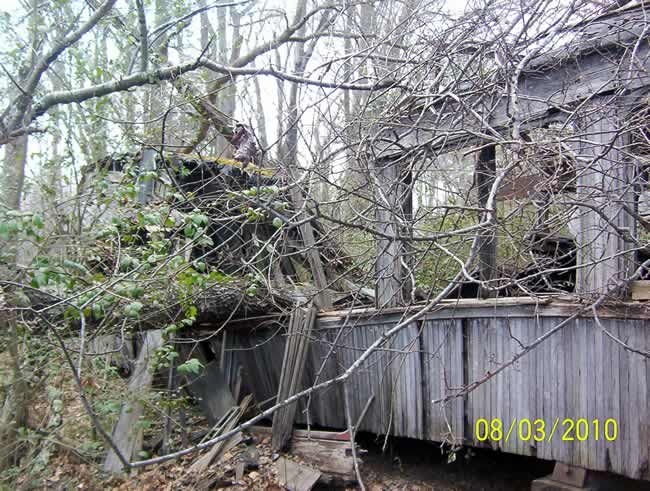 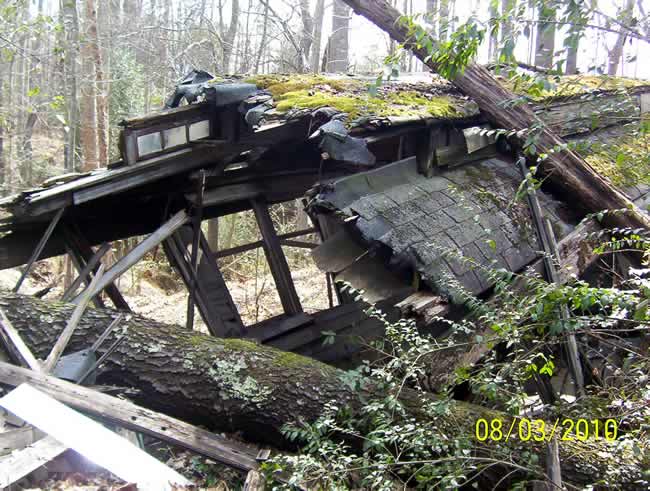 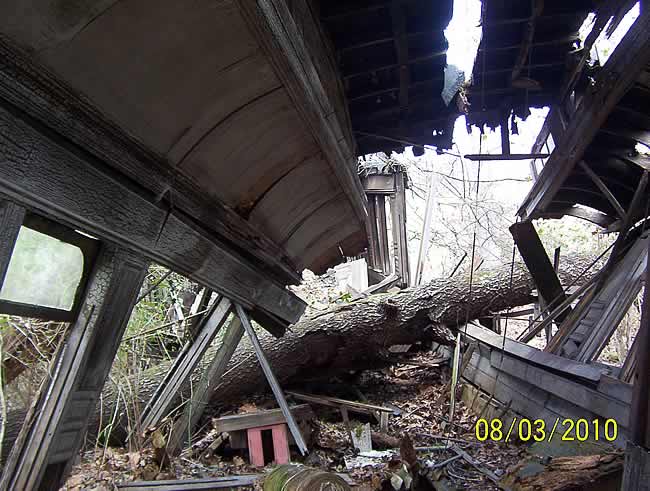 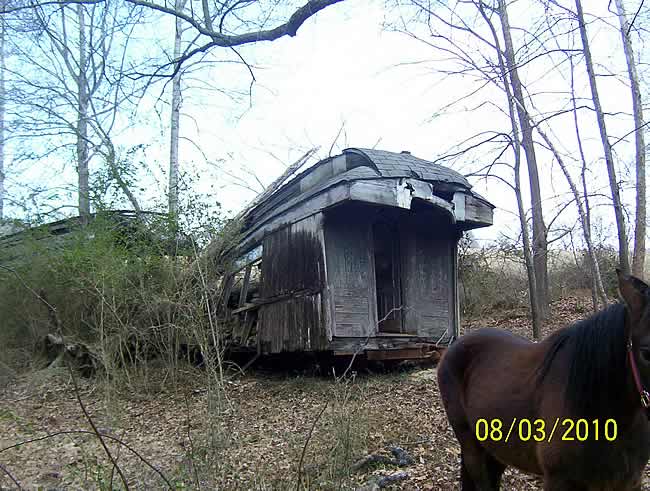