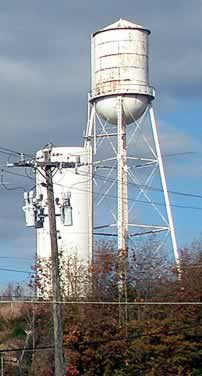 Cliffside had a number of water tanks over its century in the sun. We don’t know when this one was erected, probably in the late 1920’s or early 1930’s. But it served its purpose, and now it’s gone.

The photo at left was taken only a few days prior to the tower being toppled.