Mill supervisors gathered for this photo on Sept. 17, 1975, alongside the first truckload of denim to leave the mill. Cone Mills’ Cliffside plant soon became a major manufacturer of denim for the clothing industry. Buzz Biggerstaff notes, “Levi-Strauss was our biggest customer but Blue Bell Wrangler was also a customer, just not near as big. The company supplied about three-fourths of a million yards of denim each week to Levi and the other customers.” The boom would never burst, the Company thought, so they expanded in a big way, building a new mill nearby. 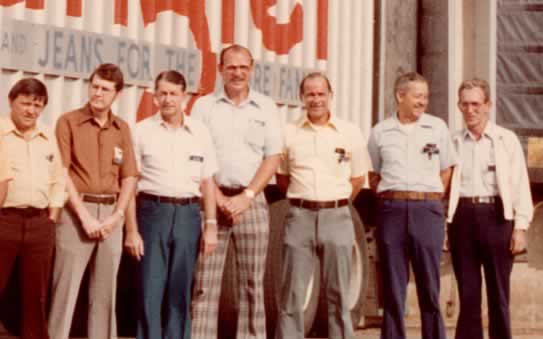