In 1974, things were humming along nicely at Cone Mills. The decision had been made to build a new weaving plant north of town, and to renovate the old mill. Here, workers are erecting compartments to house components of an air conditioning system. Concurrently, the old building’s windows are being bricked up to contain the cooler air. Except for the finishing and shipping plant, shown at rear center, and the filtering plant, partially visible at upper fight, all you see in this photo has been demolished.

The same scene below in January 2009. 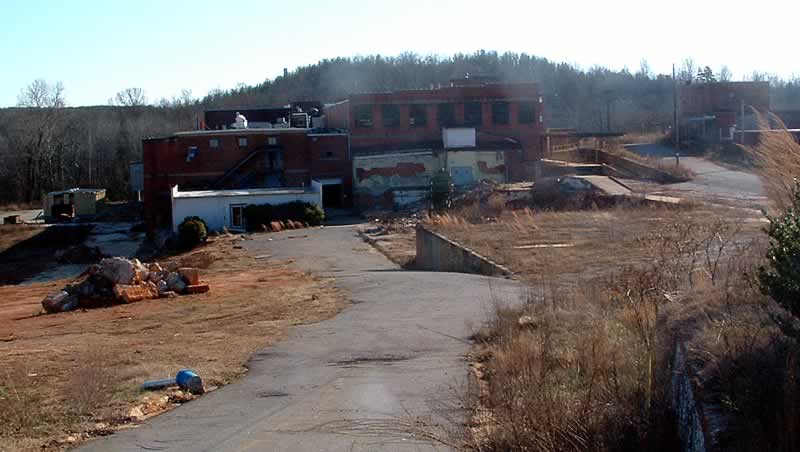