It’s not the sale that’s “here,” it’s some unique product, for upon close examination, the sign says “High Powered…Rapid Speed.” And it appears to be a raffle drawing, for the time is 1:51 p.m., so they’re not just waiting around for the store to open. And up on the roof, a man with a megaphone is addressing the crowd. Perhaps he’s telling them that, in just nine minutes, someone will walk away with a brand new…what? We’d guess a clothes washer, except there are few women in the crowd.

Here are some closeups. 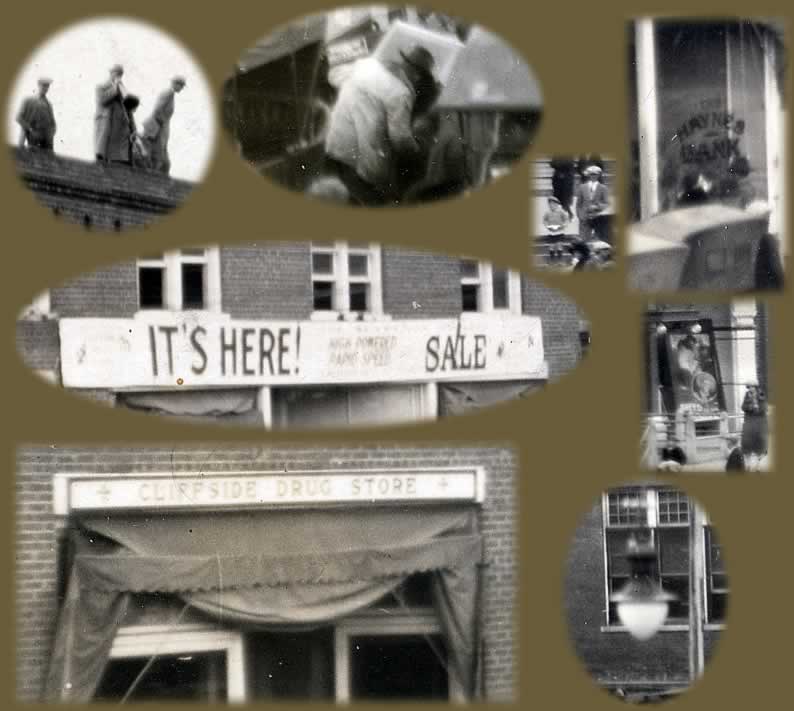