As the years grind on, the places we knew look less and less familiar. This spot, directly across from the old Memorial Building site, is showing decades of neglect, disuse and the ravages of nature. Those used to be the steps up to Hamrick’s Grocery. Before that, it was Hawkins’ Grocery, and long before that—prior to 1920—it was Cliffside’s first library.

On those walls sat generations of workmen, waiting for their shift. In another generation or two the steps and walls will have crumbled to rubble, and, should anyone happen by, all they’ll see will be shards of old concrete half-buried in an overgrown dirt bank. And they’ll wonder, What used to be here?

The photo above was taken in the summer of 2010. The one below—same area, different angle—was shot seven years earlier, during the last days of Cone Mills’ ownership. It doesn’t take long for nature to have its way. 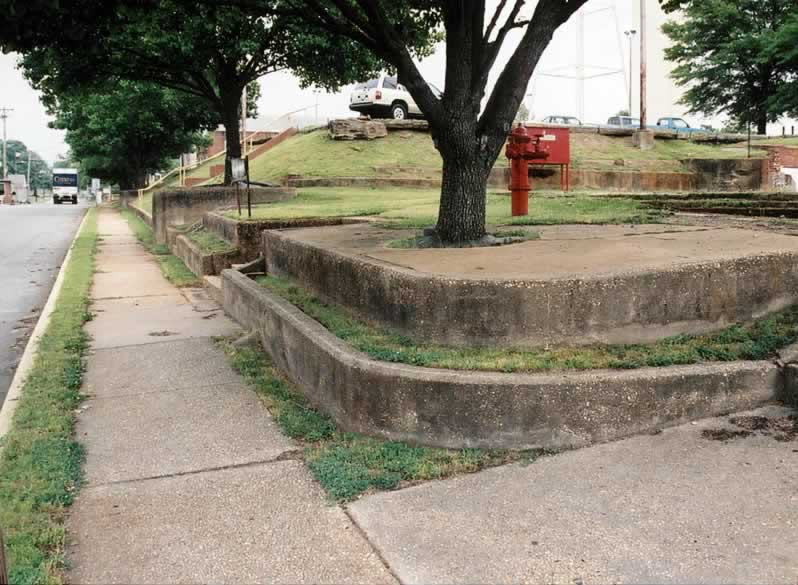