You may get this letter, or one like it, from our own Robin Talbert, now Executive Director of the AARP Foundation. 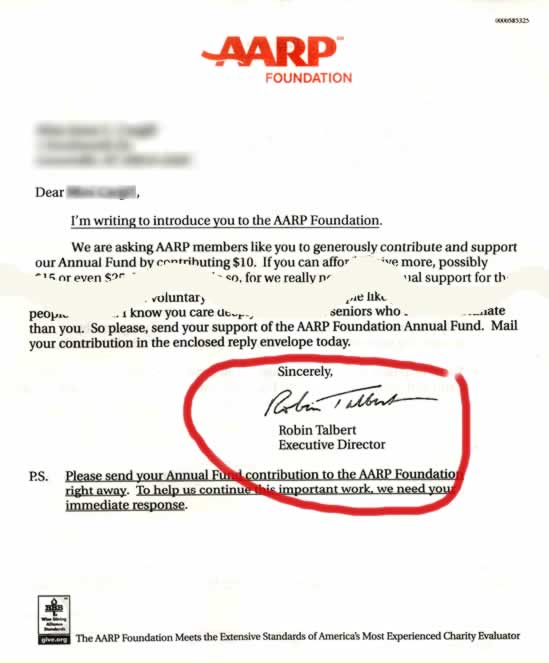 A Note From Robin

My father, Robert W. Talbert, moved to Cliffside just after graduating high school when his father took a job there. Dad held various jobs but the one I remember he had for the longest was as a supervisor in the weave room on the 3rd shift. I used to have breakfast with him when he came home from work. He later became a textiles teacher at Chase, for about 10 years. And he ran a general store for many years. My mother Helen Greene Talbert was born in Cliffside and taught at Cliffside and at Chase. She was a very popular teacher of English and French. She attended Boiling Springs College and Appalachian State Teacher’s College. After she died in 1968, my father remarried to Etheleen Roberson Fowler.

Mom’s parents were Monroe Talmadge Greene, who owned a store, and Flossie Scruggs Greene. My father’s parents were John A. Talbert and Maggie Knowles Talbert. My mother had one sister Mary Frances Greene Sparks. You might know her daughter, Harolyn Sparks (Lester).

My sister Merry married Robert Owens and lives in the Chase area. She was a teacher’s aide in the Cliffside School for 30 years before retiring. My sister Gay Glawson resides in Hendersonville. She is divorced. She went back to college when her children were nearly grown and got her Masters from SUNY Binghamton and her PHD from U of Tennessee in Physical Geography. She teaches at the community college in Hendersonville.

I was in the class of 1969 at Chase. I graduated from UNC-Chapel Hill and a few years later got a law degree from Washington University in St. Louis. I have been at AARP for 19 years and am now the President of the AARP Foundation. My husband, Bruce Goldstein is also an attorney and the Executive Director of Farmworker Justice here in Washington, D.C. We live in Maryland and have two adult sons.

I have many wonderful memories of growing up in Cliffside. We attended the Methodist Church. I loved our Christmas lights in the town and thought the multicolored lights much prettier than the ones in Forest City. The Memorial Building and the old movie theater were a treat. Of course we lived in the country and I always wished I lived in town so that I could walk to the stores and school like some of my friends.