Don Bailey spends a lot of time looking for old artifacts in libraries, at collectors’ shows, on the Internet and wherever else such stuff might lie in wait. At one point on his self-appointed rounds he ran across this old postcard from August 1936, which testifies that the Black Bear Trail was more than just a pipedream of tourism promoters. 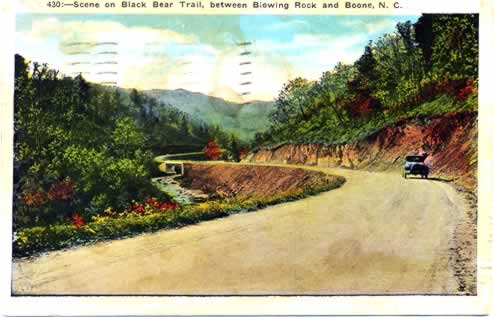 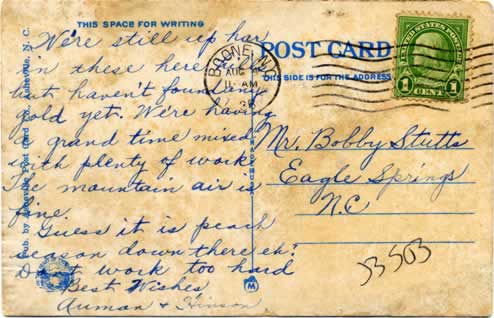 In those old days, postcards were called “penny postcards,” requiring only a 1-cent stamp. Can you imagine? And we wonder who Auman and Hinson were, and what work were they doing in “these here hills?”