About the Twin Reporters

About the Twin Reporters

There are hints in their copy that Lois and Sue first had been area reporters for Mrs. R. B. Watkins, and apparently she wanted them to replace her as the reporter to the Courier. In searching through old issues Jeri and I found that, in those years, there was much interest in the gossipy type of reporting that Lois and Sue were doing, in various other columns with titles such as “Blackie and Brownie,” “Caroleen Chatter” and “Bostic Breezes.” For some months Lois and Sue called theirs the “Krazy Kolumn, as Gathered by the Twin Reporters” and injected personal tidbits in their writing. Eventually they dropped the Krazy stuff and reverted to the plain Twin Reporters title.

I think their method was to use their friends to gather information. In one of the articles they wrote about being at the home of Mrs. Watkins and they were wondering how they would get home since it was raining, so she might have been supplying them with news. In another they thanked Brother James Crow for helping them. Neither family had a telephone but James did have an auto. They wrote their copy by hand since typewriters were a rare item at that time. As Sue’s baby brother I thought her handwriting was very good, and not having a typewriter was probably not a handicap for her. In one of the articles one of twins had to work at her “day job,” while the other one was trying to compose that week’s article. Comments are written in one of the articles about Sue’s move “out beyond the ball park.” Since they had lived near each other all their lives, apart they may not have been able to function as well. 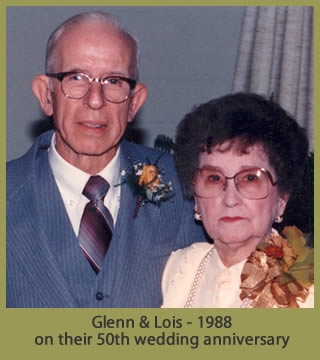 Throughout the articles there are bits and pieces about their preparation, and comments that give a little understanding of how difficult it was to walk to and from an eight hour shift in the spinning room, along with aiding families at home, attending church services and preparing these handwritten articles. Lois, I think, wrote, in the June 18, 1936 article, “This column is supposed to be written by the twin reporters, but it seems as if one of the twins has deserted her post of duty for other work that has a pay envelope to it. Can’t blame her, can you?”

We consider it quite an achievement for these two young girls to have created these articles.

Sue dropped out of school and did not complete the 11th year. (It was not uncommon during those challenging times for older children to go to work to provide the opportunity for younger siblings to attend school.)  She would have been in the graduating class with Lila Hawkins, Esper Brown, Wytle Bridges, Herman Green, G. C. Fisher and many others whose activities she and Lois would later be reporting on. 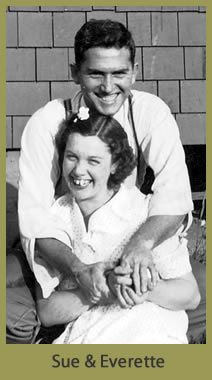 Only a few Twins’ articles were published in 1938. On May 26 of that year the Courier ran an article announcing that henceforth Mrs. Grover Haynes would be their reporter from Cliffside. And at some point, yet another weekly article was published entitled “Unimportant Scribblings by A Cliffside Housewife.”

As months passed the Twin Reporters themselves experienced events that made the news. One of those was the marriage of Lois and Glenn McKinney in the Methodist Parsonage in Cliffside on December 11, 1937 by Rev. H. E. Stimson. Witnesses were Sue Crowe, Everette Dillashaw and Mrs. H. E. Stimson.

On Friday, August 28, 1938 Sister Sue married Everette Dillashaw from Alexander, NC. Everette was one of the many young beaus from the Forest City area that Lois and Sue had reported attending the social events in Cliffside.

Lois and Glenn were working for Cliffside Mills at the time of their marriage. Later she took a beautician’s course and opened a beauty shop. Glenn left the Cliffside job and worked for Fiber Industries. Sometime later he took a beauty course and worked with Lois in their Beauty Shop located at the Six Point Intersection on highway 120. They did not have any children.

Sue and Everette worked for Alexander Mills and lived there all of their married lives. They had one son, James Mack Dillashaw. Sue died on April 28, 1977. Everette had died three years earlier, on September 20, 1973. They are buried in the Floyd’s Creek Baptist Cemetery.

Lois died on September 2, 2002; Glenn died three months later on December 17. They are buried in the Rutherford County Memorial Cemetery.

In some places in the articles we have inserted words in brackets in an effort to add clarity to what was written. Since the Twins were creating them under rather demanding conditions, we are not sure their handwriting was perfect, and the typesetter could have mistaken what was intended. There is little evidence that any of these articles had very much scrutiny by a sharp-eyed editor.