Home » Memories » News Stories and Columns » They Don’t Build Them The Way They Used To!

They Don’t Build Them The Way They Used To!

They Don’t Build Them The Way They Used To! 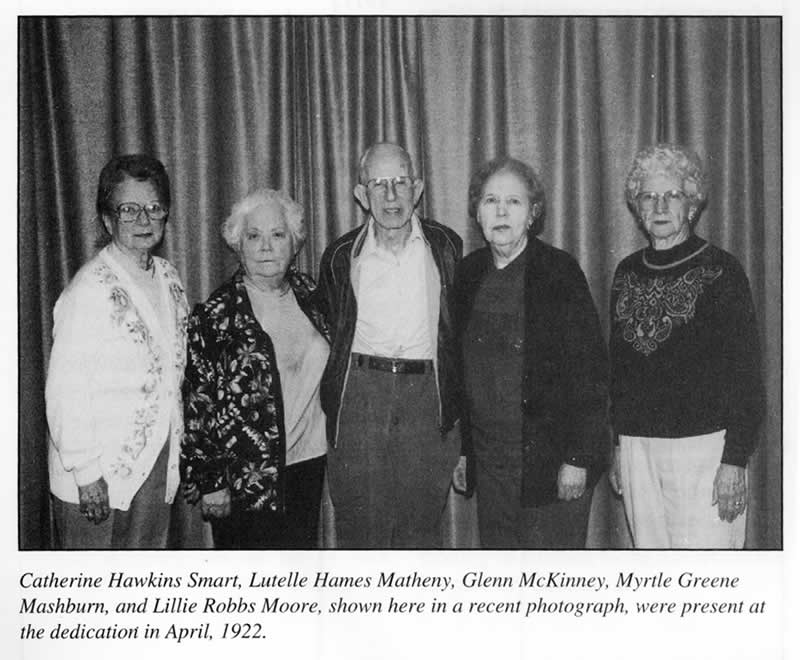 It has been said that the places we remember from our childhood seem smaller when we grow up. That isn’t always true!

For Myrtle Greene Mashburn, the sheer magnitude and scale of Cliffside School is just as impressive today as it was when she entered its doors, seventy five years ago. Not once in the past seven and one-half decades has she stopped realizing just how magnificent the structure is and how fortunate she was to attend school there.

“I was raised out in the country a few miles outside of town and I had never seen a building as grand or as large as Cliffside School,” she recalls. “It still is overwhelming today. You can imagine how I felt when I was a little girl coming here for the first time.”

Mashburn, 81, who was a first grader the very first year the new, brick school was opened in 1922, is not alone in her admiration and awe of the structure. For thousands of alumni and former students, coming to Cliffside School and living in Cliffside is an experience that they cherish and one they will never forget.

Glenn McKinney was a student at the old Cliffside School and says that he could hardly wait to get a chance to go to school in the new building. This building had just about everything anybody could want. It was such a privilege to realize that it was built for the children of Cliffside,” he remembers.

Catherine Hawkins Smart graduated from the school in 1929 and later returned to teach in some of the same classroom she sat in as a student. “I remember that we had some of the best playground equipment at the school that I had ever seen. I don’t think there was a sliding board as high or as long as the one that was in front of the school. I also remember playing in the basement of the school in what they called, `indoor playgrounds’, before the ground floor was finished with other classrooms and such,” she recalls.

Lutelle Hames Matheny remembers most the feeling of community and friendship that she experienced growing up in Cliffside. “All of our teachers were expected to be a part of the community and to get to know all of the parents. They were even required to live in Cliffside and take part in church activities and any special activities planned for the community by the mill,” she says.

On dedication day of the new school in 1922, Lillie Robbs Moore remembers lining up with other school children to march up to the new school from down in the middle of town. “I remember that day like it was yesterday. Especially, because my Mama wanted me to go and to look pretty, so she rolled my hair up in curlers. I remember that it didn’t look so good and she made me go anyway,” Moore recalls.

Outside of the classroom, Myrtle Mashburn remembers that chapel programs, plays and concerts were a special part of life at Cliffside School. “We had chapel every morning from 8:30-9:00 am. There was a lot of piano playing and singing in those days,” she states.

The source information and precise date of this 1997 story has been lost.