Builds his own health resort 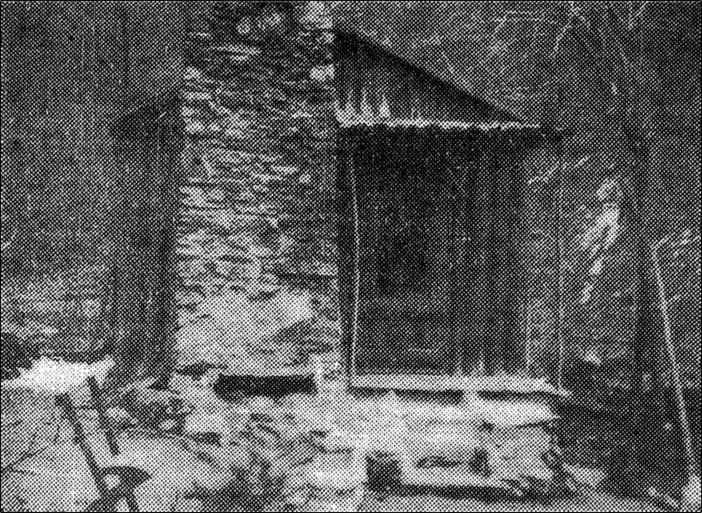 Jim Padgett, 63, of Cliffside, found out in 1937 his health was failing fast and unless he moved out of Cliffside into the wide open spaces where he could have plenty of fresh air, there might soon be no more Jim. 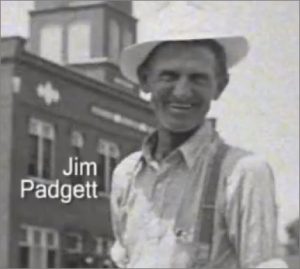 So Jim picked up his carpenter tools and went down the river one and one-half miles from Cliffside. There he built a cabin with slabs and settled down for his health. The cabin has three rooms and one which he took much care in making it as nice as many homes in Cliffside.

Jim built his cabin down at the bottom of Buzzard Roost mountain, where a small stream comes trickling down from the mountain, over rocks and by his cabin door. And to make things more real and human, Jim made a pond on one side of his yard and below the dam he put a water wheel, with a piece of metal. As the wheel turned it hit another piece of metal that clicked every one or two seconds, just like an old clock ticking away the time. But now Jim has three windmills and when asked why so many, he replied, “after my water wheel stopped I put the mills up to help break the silence and monotony of life.” As the mills whirled in the breeze they did make a rattling sound, as if life was somewhat nearer.

Hundreds of folks visited Jim the first year he lived in his cabin. They had all heard about the “log cabin in the lane,” but never a slab cabin at the bottom of the mountain. More hundreds of Cliffside folks would like to see the cabin, but since it is a long walk and the road is impossible to travel by car much of the time, they haven’t seer the cabin.

Though Jim has to travel the rough, narrow, winding road that goes uphill, downhill and through pasture fences, it always leads home.

Jim hasn’t forgotten to hang out the victory sign over his cabin door, even though he lives by a mountain where the radios are silent of wars. And there are no honking of car horns, or roar of city traffic. Not even a newsboy to yell “Extra, extra, read all about it!” But Jim knows there is a war going on, for he can hear the blowing of a whistle one and one-half miles up the river, calling textile workers for Cliffside Mill, where much war goods are made. Down the river less than one mile, he can hear the faint roar of Duke Power Company, which furnishes power for thousands of war wheels.

Or when Jim visits Cliffside he misses something very much and that is the many young boys and men he used to know. Jim lived for many years on Main Street in Cliffside, “by the side of the toad and a friend to man.” But now he is a friend to man, but lives at the bottom of the mountain.

Jim is hoping there will be no more snow on the mountain this year, or the trees glazed and lowered with ice. For the frogs in the pond by his cabin door have already begun to croak. Very soon he hopes to hear the singing of birds in the early morning, or the calling of the whipporwill late in the evening as the sun fades behind the mountain. But when Jim sees the trees begin to bud or the black crow flying from hilltop to hilltop, with a broken twig in its beak, then he will be more sure of springtime again, and it will be more pleasant living at the bottom of the mountain in a slab cabin.

This may have been the first–and last–time any steep hill in Cliffside was called “a mountain.”