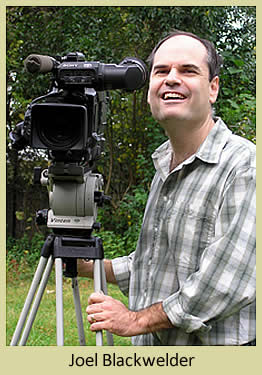 In the early stages of his work on “Fading Fabric: Remembering Our Textile Heritage,” filmmaker Joel Blackwelder learned about Remember Cliffside and decided to include the story of our efforts in the film.

And so, we’ve isolated the five-minute segment called “Information Highway” that’s devoted to our website and to the town itself.

As an article in Creative Loafing put it, “Fading Fabric” is a love letter of sorts to textile workers and the folks who preserve the culture of cotton mill life. It documents how artists, activists and mill-worker descendents have used mediums from drama to music to the Internet in depicting mill town life.

Although he made it on a miniscule budget, it’s production values are comparable to many documentaries shown nationally. As writer, producer, cameraman and director he did a masterful job.

If you’ve ever lived or worked in a mill town, as Joel did, these scenes and stories will bring back memories of those times.

If you haven’t, you’ll learn about a proud culture that is gone and won’t return.

A personal aside: The narrator of this film is Tommi Long Jones, a lady I’ve know for over fifty years. We both worked for the Jefferson-Pilot Broadcasting Company (WBT-WBTV) in Charlotte. She retired as head of the human resources department of that company. I had no idea Tommi was involved in the film until it was finished, or even did narration. Her voice was perfect for the film. She did a superb job.

The film is presented here in five parts, plus the Cliffside excerpt. Once you’re watching a segment you can move to the next or previous parts with the navigation arrows displayed on the film.