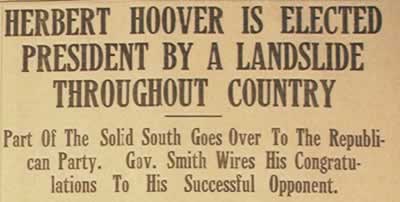 In the 1928 presidential election on November 6, Herbert Hoover carried the state and the county, but not Cliffside, as detailed in this sidebar from The Sun: