6 At this stage, most of the elements are in place and some of the ramping has been removed. Although the workers appear to be moving the vault covers, it’s doubtful they’ll actually be closed permanently now. More likely, at a later time, the temporary graves will be moved, a ceremony will be held and the tombs will be sealed. 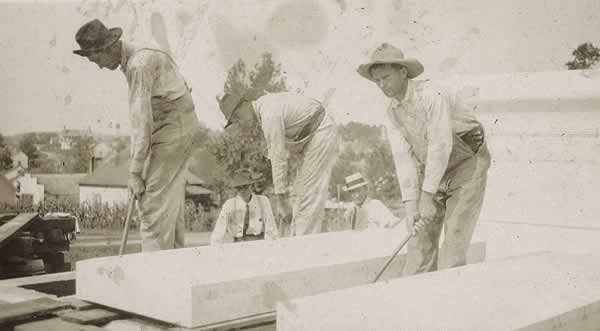 This shot shows the monument components in place and the placing of the slabs over the vault liners. Reservoir Street, the Teacher’s Residence, the Old Mule Barn and part of Church Street can be seen in the background.

Over the decades the Haynes gravesite has been a favorite background for Sunday strollers' photos. It was—and is—a reminder to generations of the great man's role in Cliffside's legacy.