There is one hour for dinner, and I scanned closely those who left the mill at the noon hour. They did not hurry and contentment and good health marked them all, of all ages. One could not help in contemplating the sociological result at Cliffside but refer constantly in a mental way to some first, common cause that had brought it all about. This would be so, were one altogether unacquainted with the history of the place or the identity of its founder.

“He was named Raleigh Rutherford for his State and county and he had brought honor to both.”

As stated above, Mr. Haynes seems to have lived his inner life alone. There was the “Inmost Me,” which was undivulged. For the person of seeking out some of the springs of his life, I had the privilege of looking myself through his Bible. I wanted to see what held him most in its pages–by its markings. His outward acts were results of that unknown inner life. Then there were other extracts from various sources and original observations. For example here is one:

“There are few misunderstandings that would survive a meeting and a heart-to-heart talk.”

With this truth firmly fixed in his heart, he kept himself attuned to the various annoyances or misunderstandings that might arise where this or that interest might conflict.

“Life is too short for misunderstandings.”

Neither he nor anyone about him was idle. Everyone is busy at something. That is a result. Now read this observation among his private papers:

“Lost wealth may be replaced by industry; lost knowledge by study; lost health by medicine; and lost time is gone forever.”

“Woe unto him that buildeth his house by unrighteousness, and his chambers by wrong; that useth his neighbors service without wages and giveth him not for his work.”

When the high cost of living began to be felt at Cliffside, Mr. Haynes was determined that his people should not suffer from its excess, and put prices in the Company Store below cost to save the operatives from extortion. No doubt his mind went back to that notation he had made from Jeremiah.

Moreover, during the first days of Cliffside, when his lifelong friend, R.L. Watkins, was attending to much of his land purchases, Mr. Watkins stated to me that he would ask Mr. Haynes for directions before going out to look at a tract of land. “The answer,” said Mr. Watkins, “was always in these words, ‘Do right.’”

St. John seemed to be his favorite book [of the Bible]. Here is a marked passage:

“If ye abide in me and my words abide in you, ye shall ask what ye will, and it shall be done unto you.”

Here’s a verse from the 103rd Psalm marked, “specially:”

Yet he would flash out a bit of humor during some of his lonely moments:

Envelope marked “To Do”

There was long envelope in his private desk marked, “To Do.” When the home was silent in sleep, his habit was to sit at his desk, and plan every day for the morrow. Often he would not sleep more than a few hours. He was often up at 4 or 5 o’clock to deliver to the person desired the work that had been planned specially for him.

Inside of this envelope were several single sheets folded neatly and endorsed. Some of them were about clearing brush with the name of the man. And another was something to be done and the range of these notes covered the whole community, and often referred to business matters. Here is one of the slips among the many found in the envelope:

The slip was endorsed with the name of one of his friends and referred to the bank of Rutherfordton, of which he was president. 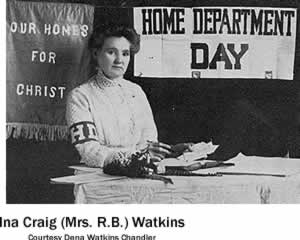 But he did not forget the old folks, those who were “out of commission,” so to say. Mrs. R.B. Watkins is in charge of the “Home Department for Mothers”—the department of the poor and the sick. There are 140 on the roll and Mrs. Watkins is an enthusiast in her uplift work. There are eight classes with a teacher to each class that meets on different days. Mrs. Watkins has been at Cliffside 16 years, and becomes almost intense as she tells of her great work. One of these old mothers is Mrs. Scott Goode who, too, has known “Raleigh” all her life. She says she has picked peas with him in the same field many a day, and one day she tells of the boy, “Raleigh,” who, stopping suddenly, said to her, “I wonder if there isn’t some way to make a living besides picking peas.” He was always planning one step ahead.

The husband of Mrs. Watkins is in charge of the telephone system of Cliffside; also the cotton buying for Cliffside Mills.

As stated above, Mr. Haynes had been a great sufferer for some 30 years having had to limit himself to the strictest diets at times in order to proceed with his manifold activities. Yet he did not complain. It was known that he suffered, but he did so in silence, and was cheerful and kind to friend and family. Still the afternoon shadows seemed somehow, to be gathering. 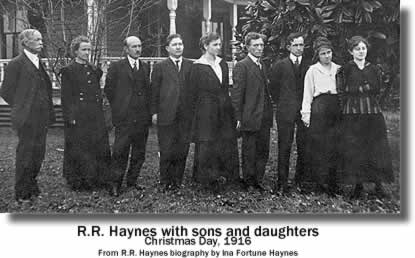 He was near the scriptural limit of life. Last Summer, an illness overtook him, which left him in a greatly weakened condition. He was taken to the modernly equipped hospital at Rutherfordton where he had every attention that skill could give him. He saw friends, went out in his car often, and made visits to sister Letitia Carpenter and other old friends of the old days. The Autumn found him back at Cliffside much improved, but he was not “come back” to his old self. If he heard in the dim sacred chamber of his own heart the last long distance “call” he did not speak of it. His life was the answer handed back to the Voice up yonder. The weeks went by into Christmas, the time of the glad gathering of his children and grandchildren. They were all there. After the greeting of joy and love, he sat apart as usual in the loneliness and quiet of his old armchair at his desk under the log cabin face of his Lincoln.