Charles H. Haynes Resigns As Pres. Of Cliffside Mills
TO BE CHAIRMAN OF THE BOARD

Cliffside Mill Official Resigns After 44 Years Of Active Service. Will Go To Fla. For Rest.

CLIFFSIDE, Jan. 31.— At the annual meeting of the directors of Cliffside Mills held at Cliffside on Wednesday, January 31, Mr. Chas. H. Haynes, President of Cliffside Mills asked that he not be considered for re-election. The directors, in consideration of his long faithful service, conceded to his wishes but elected him chairman of the board. 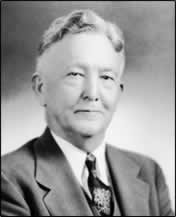 Mr. Haynes says he feels that he needs rest after long years of service as the past few years have been very strenuous. Sixteen years he held various offices, and the last twenty-eight years he has been president of Cliffside Mills making a total of 44 years of continuous service with this corporation.

Mr. Haynes is a well known and highly esteemed citizen and has taken an active interest in all civic affairs in his home town, county and state. He will continue to make Cliffside his home but the major part of his time will be spent in Florida or some resort for rest and recreation.

Miss Catherine Culpepper and Mr. Chas. H. Haynes were married on Wednesday April 4th at noon at the First Baptist church in Hot Springs, Ark. The church pastor Dr. O.C. Duncan officiated. The guests were relatives of the bride. She was attired in a blue and white ensemble, with blue accessories.

Mrs. Haynes is the daughter of Mr. and Mrs. R. M. Culpepper of Rison, Ark. She has for the past several years made her home in Spartanburg, S. C., where she is popular and well known, and prominent in social and business circles.

Sometime ago he resigned as president and was elected chairman of the board. He still has many business interests in the county and state. In a few weeks he and Mrs. Haynes will return to Cliffside where they will make their home. 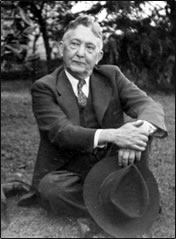 He had been in declining health for more than two years and became much worse Saturday night. He died enroute to the Rutherford hospital.

Mr. Haynes was born in the Ferry section of Rutherford county, a son of the late Raleigh Rutherford Haynes and Amanda Carpenter Haynes.

His father had extensive real estate holdings in Cleveland and Rutherford counties and he and his family owned over 50 per cent of the capital stock of Cliffside Mills and had other interests at the time of his death.

In the will of R. R. Haynes, he named his son, Charles, as executor and trustee of his estate and provided that he manage and carry on the various businesses just as they had been done before for a period of 10 years before making final distribution among his heirs. This was done and by the end of he 10 years the estate had grown to about twice its original size and worth.

After finishing school he began his career as bookkeeper and cashier for the Cliffside Mills in 1901, later becoming successively secretary and treasurer, vice president and in 1917 president, in which he served as president until his retirement in January, 1945, when he was elected chairman of the board which position he held until December 31, 1951, at which time Cliffside Mills was consolidated with Cone Mills Corp. of Greensboro. He was a director of that corporation until two years ago. Mr. Haynes held various offices with the Cliffside Railroad Co. He was associated with his father during the construction of the railroad, and served in various capacities since it was incorporated in 1905 to 1917. He served as president and director from 1917 to 1945 and had been chairman of the board since then.

Charles H. Haynes served as vice president and director of the Haynes Bank at Cliffside since its incorporation in 1907 until 1917 and as president from that time until January 1952 when he resigned and was elected chairman of the board.

He was also chairman of the Cliffside school board and a trustee of the Rutherford hospital.

Mr. Haynes joined Floyds Creek Baptist church when he was 14 years old and later moved his membership to the Cliffside Baptist church. At the latter he served on the Student Loan Fund for the church.

He was a Mason, a Shriner, a member and former president of the Rutherford County club, and a member of the Cleveland-Rutherford Executives Club.

He was married to Miss Catherine Culpepper in 1945.

Surviving in addition to his wife is one sister. Mrs. Barron P. Caldwell of Marion; and 19 nieces and nephews.
Funeral services will he held Monday afternoon at 3 o’clock at Cliffside Baptist church with the body lying in state one hour prior to the service. Rev. Tom Lawrence will conduct the service and burial will be in the family plot in the Cliffside Cemetery.

Reprinted with permission from The Daily Courier, Forest City, N.C.

The Passing Of An industrial Era In Rutherford County

We have just seen the end of an era in Cliffside. 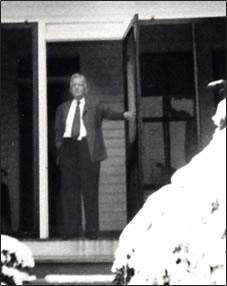 The older Haynes and Tanner were responsible for the establishment of nearly all of our textile plants in the 1880-1910 era. This pair almost single-handedly pulled Rutherford county from a strictly agricultural economy, to one of the top textile areas of the South.

The lives and activities of Raleigh Rutherford Haynes and Simpson Bobo Tanner have been immortalized on the pages of two volumes on their lives—”The Making of a Southern Industrialist” (Tanner), and “Raleigh Rutherford Haynes”.
Charles Haynes and K. S. Tanner have followed well in the footsteps of their illustrious fathers. They have carried on Splendidly the work which their fathers started and both have contributed much to the industrial expansion and to the growth and development of Rutherford county.

Cliffside owes its very existence to the Haynes family, which virtually built the community from the ground up. Many scores of families have worked in Haynes-established plants for generations. The Haynes tradition will be carried on—we’re confident of that—but it will never he quite the same without “Mr. Charlie”.

He will he missed!

Reprinted with permission from The Daily Courier, Forest City, N.C