I have nothing but fond memories of my upbringing in Cliffside. It was my good fortune to have two families, the Honeycutts and the Sorgees, who loved and nurtured me throughout my childhood and teenage years in our town.

Perhaps most of the readers of this article know of the connection between the two families, but for those who may not, I would point to the date of October 22, 1930, when Jess Honeycutt was united in marriage with Eloise Sorgee at the Baptist Parsonage in Cliffside. It is of interest that the pastor who married them was also named Hunnicutt, but was of no relation.

The Honeycutt and Sorgee families had known each other for a number of years, both having lived in the Floyds Creek Community of Rutherford County (just south of where Chase High School is now located) during the younger years of my parents. I was born in August of 1938, eight years after the marriage of Jesse and Eloise, and my sister Martha arrived in March of 1942. We were both born in the house next to the Filter Plant on South Main Street and were delivered, as were many of Cliffside’s citizens, by Dr. G.O. Moss.

My Dad had become Superintendent of the Water Works (I believe that was his title) after the untimely death in 1934 of Lawrence Blanton who had previously served in that position. Many of you probably enjoyed, as I did, a recent article on this website about Lawrence (Jack) Blanton. I read that article with particular interest since I was named after him (Benjamin Lawrence) and am even today in possession of a treasured shaving mug which belonged to him and which was given to me at the time of my birth by Juanita Crawford Blanton (later Juanita McNabb). My Dad often spoke to me of the great admiration and respect that he had for Lawrence Blanton and of how he had tragically died at such a young age. My Dad was to remain in that same job with Cliffside, then Cone Mills, until his retirement in 1970.

During those first years when we lived beside the Filter Plant I can remember my fascination with all that was going on at the mill which was just across the street and with the many mill employees and neighbors who passed by either on their way to work or while going about the daily routine of life in Cliffside. Like everyone else in Cliffside they all seemed to go about their business with ears attuned to the regular chiming and striking of the hour of our Town Clock.

On South Main, our next-door neighbors, on either side, were Loy (Hickey) and Maude Wortman and Frank and Mabel Whitaker. I had been born on Danny Wortman’s birthday and that is something we have mentioned to each other on the few occasions when we have seen each other over the years. The Herman Norville family lived just down the street and that was my first acquaintance with Evelyn, Naomi, Broadus, Max, Vance, George and their younger siblings. Vance was to be one of my classmates during my twelve years at Cliffside School.

As a young boy, I was naturally excited by the comings and goings of the Cliffside train as it entered the mill area just across from our house. I particularly remember Shirley White and Shine Freeman who worked on the train and who waved to me each day. During those early years the old train shed was still there on South Main and I’m not exactly certain when it was torn down.

Since it is my intention to write a bit about the Honeycutt and Sorgee families, I had better get on with it. My dad’s mother, two brothers and one sister all lived in Cliffside. There was J.P. (Pink Honeycutt) who was married to Ocie Thrift, Elias Honeycutt (who lived with my grandmother, Ollie Tate Honeycutt, on Shelby Highway until the time of her death in 1969), and Geneva White (married to Marvin White). All were employed by Cliffside and later Cone Mills. I never knew my grandfather, John Weldon Honeycutt, who had passed away in 1928 at the age of 48. I know that he did construction work and some security work and that he was on the train on the way to a construction site in Florida when he suffered a stroke and died.

During my youth, we often visited my grandmother and Uncle Elias on weekends and during the summer I spent several days with them. My grandmother was a great cook! One of our favorite activities was to go blackberry picking on the hill behind their house on Shelby Highway and Granny Honeycutt would then make a great blackberry cobbler from the fruits of our labor.

On Christmas Eve all of the Honeycutt family would gather at my grandmother’s house for supper and our gift exchange. Along with our immediate family (Jesse, Eloise, Ben and Martha), Uncle Pink and Aunt Ocie Lee would be there with their daughters Betty and Joyce and Uncle Marvin and Aunt Geneva White with their sons Roger and Larry and Uncle Elias, of course. As some of you may remember, the White family was quite musical. Marvin played in a string band and as a high school student in Cliffside, Roger, who had a rich baritone voice, even had his own Saturday morning radio show on WBBO in Forest City. Larry also later worked for the radio station in Shelby. The only survivors today from these family gatherings are my sister and myself and our cousins Joyce Honeycutt (who is married to Calvin Spurlin) and Larry White.

After those Christmas Eves with the Honeycutt clan, we would spend Christmas Day with my Granny and Papa Sorgee (John Henry and Alice Wall Sorgee), first at their home just below the Memorial Building where they had easy access to the Cliffside Café which they operated in the lower level of the Memorial Building, and later, after their retirement, at their home just outside of Caroleen, a home my Uncle Leon had built for them.

On most such occasions and on many Sunday afternoons throughout the year, all of their sons, daughters and grandchildren were there. This included along with my own family, my three uncles, Leon, Clyde and Jim Sorgee (married to Jessie Jackson, Irene Mitchell and Norma Mabry, respectively) and my two aunts, Gertrude and Estelle. Aunt Gertrude was first married to Harlow Brindle from the Henrietta area and after his death at an early age, to George Thompson, brother of Sam and Skipper Thompson (whose newspaper columns can be found on this website). Aunt Estelle was married to Grover Riddle and they lived in Spindale, later moving to Rochester, Minnesota.

The cousins with whom I visited during  these family gatherings included Rose Brindle Thompson and Alice Ann Thompson, Joe, Joyce and Jerry Riddle and Mike and Steve Sorgee (sons of Clyde and Jim, respectively). We have many family pictures taken, especially at Easter, of  most of these family members. Again, of all of those gathered on those happy and noisy occasions (for all of the Sorgee family loved to talk, and politics and automobiles were favorite and sometimes controversial subjects), only a few survive today: Clyde’s widow, Irene, who later married Bill McNabb and who still lives in Cliffside; Jim’s widow, Norma, who today lives in Rock Hill, SC; and along with my sister Martha Stockton (High Point, NC) and myself (Columbia, MO), our cousins Jerry Riddle (Texas), Alice Thompson (SC), Mike Sorgee (VA) and Steve Sorgee (WA).

While my grandparents operated the Café, it was often a family affair. Most of my uncles and aunts and even my Dad worked at one time or another in the Café and some of the best cooks from the local Afro-American community provided their expertise in the kitchen. The good old southern cooking was great and I can recall that my Granddad Henry was especially well known for his beef dogs, stewed beef on a bun with onions or whatever the customer requested, and his cornbread, usually made by my grandmother. I couldn’t pass through the Café kitchen without grabbing a piece.

If you passed by on the sidewalk above my grandparents’ home (which was way below street level), you might have seen Uncle Tom Lumley sitting in a rocker on the porch. He was my granddad’s uncle who had helped raise him and to whom he felt a debt of gratitude, and later you might have seen my Aunt Mag Whitaker, my grandmother’s sister who lived with them for many years after the death of her husband, Volney Whitaker. Her stepson, Marvin Whitaker, was in the field of higher education and ended his career as President of Lehigh University in Bethlehem, Pennsylvania. Taking a lesson from her parents, my mother Eloise brought my Granddad Henry back to Cliffside to live with her in the sixties after the death of my grandmother.

I feel blessed to have been born and raised in Cliffside, to have had the opportunity for a fine education at Cliffside School, and blessed to still have many friends and classmates in the area who I try to see when I am able to get back to North Carolina. It is, however, a special blessing to be a part of the Honeycutt and Sorgee families. So many of them are gone, but they are certainly not forgotten. 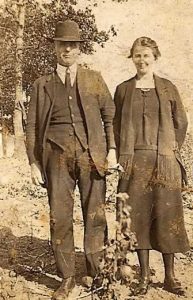 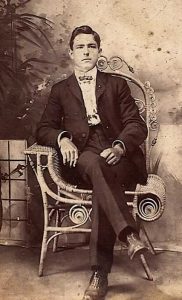 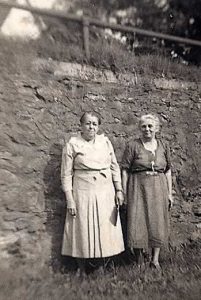 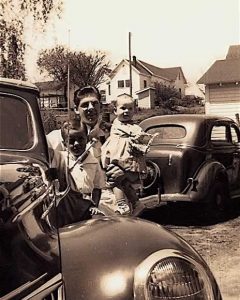 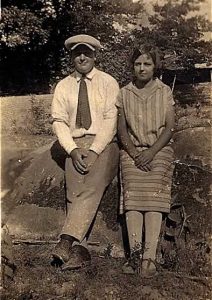 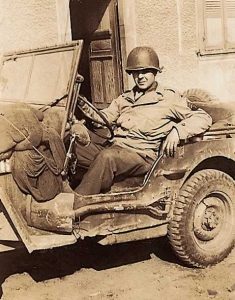 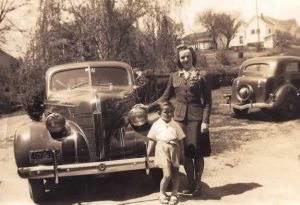