I met the man I subsequently learned was James D. “Jim” Padgett and his wife Kathy at the Cliffside Cemetery on Sunday, May 10, 2009. This was the 2nd Sunday in May, Mother’s Day and Cliffside Cemetery’s annual Memorial Day. I learned that he and Kathy had driven from their home in Kingsport, Tennessee, to visit his mother’s grave and would be driving back home that afternoon.

Jim’s mother, Vera Evelyn Newton Padgett, had died in 1932 giving birth to him. She was only 20 years old. While the family did not live in Cliffside, she was buried there because she had commented that it was a beautiful cemetery where she would not mind being buried someday. I was touched that this man was caring enough to drive several hours from and back to Tennessee on Mother’s Day to visit the grave of a mother he had never known. 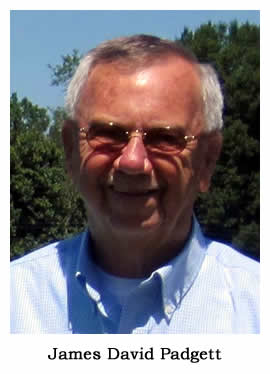 I met Jim and Kathy at the cemetery again on Memorial and Mother’s Day in 2010. I was intrigued to learn that the Mother’s Day trip from Tennessee to his mother’s grave was not an occasional thing, but had been an annual pilgrimage for him since he had moved to Tennessee when he was only two or three years old. His father, Baxter Lee Padgett, brought him to Cliffside each year when Jim was a child. After Baxter’s death, Jim continued to make the trip, often alone. Over the intervening years, Jim had missed the visit only during the three years he was away serving in the U.S. Navy, or when he was ill.

His devotion and faithfulness had originally gained my interest, but I still wanted to know more about him, his family, and how invisible strings seemed to keep drawing him back each year. He gave me permission to research and write about him and his family, and what I learned captured my interest even more.

While Jim never lived in Cliffside himself, his father, his grandparents and his great-grandparents, as well as many of his aunts, uncles and cousins had all been residents of Cliffside at one time or another.

We begin the “Full Story” with Jim’s great-great grandfather, Raleigh Madison Padgett, and continue to the present day. Joyce Atkinson Hunter has researched Jim’s family and created a “Family Tree,” actually a descendents list, to accompany the story. Click the links above. 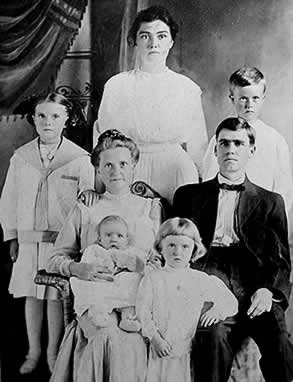 Although Jim (below) was Baxter’s son, for much of his childhood he was raised by his grandparents, Jonah and Annie. 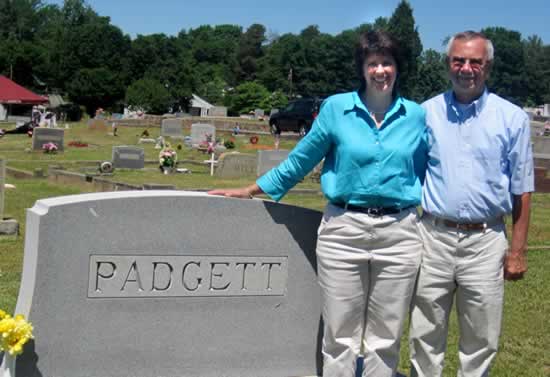 Jim and Kathy Padgett on their annual Mother’s Day visit to his mother’s grave in Cliffside Cemetery, taken May 9, 2010. Jim, who lives in Kingsport, TN, neither owns nor has ever seen a photo of his mother Evelyn, who died the day he was born.