Several hundred citizens turned out for the dedication of the new post office at Cliffside Sunday afternoon. Feature of the program. were addresses by Congressman Basil L. Whitener of Gastonia and C. B. Gladden of Atlanta, asssitant to Regional Postal Director.

H. Paul Bridges, general manager of Cone Mills Corp., Cliffside Division, was master of ceremonies for the program, which was held on the rear ramp and parking lot of the new postal facility.

County Commissioner Joe N. Biggerstaff presented a flag to Postmaster Lacy Price. The flag had flown over the post office in Washington, D. C., and was raised on the Cliffside flag-staff by the color guard.

During his address, Congressman Whitener traced the history of the Cliffside office from its establishment 60 years ago.

“According to the records in the National Archives in Washington,” the congressman said, “the late Raleigh Haynes saved as first postmaster and was succeeded by the late Charles H. Haynes on April 2, 1914.

“Since that time you have had a succession of postmasters who have rendered dedicated service to this community. Mr. Haynes was preceeded by Barron P. Caldwell on June 18, 1922. Mr. Caldwell was succeeded by James B. Freeman, who was installed on April 3, 1926.”

“I am sure that there are many of you who remember well most of these citizens who have served in the important position of heading up the post office and the postal service in your community,” Whitener continued. “They have been important citizens in your community and I know that as we dedicate this post office today, we remember with appreciation the outstanding service they have rendered.” 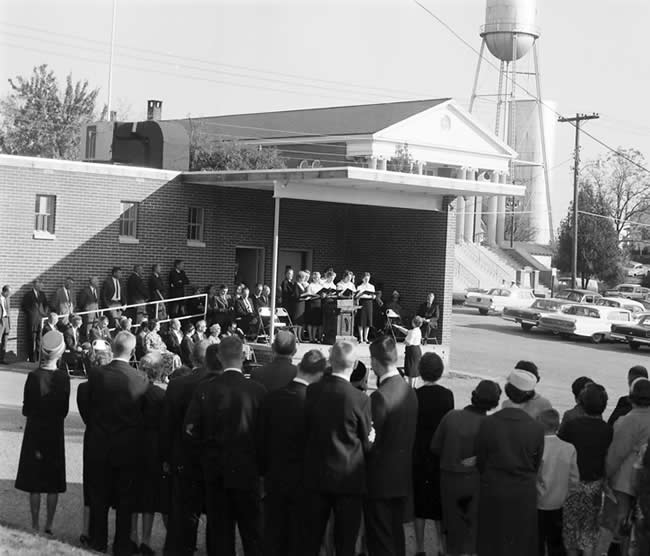 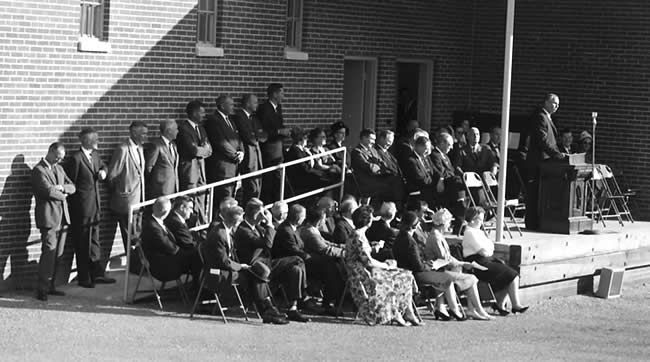 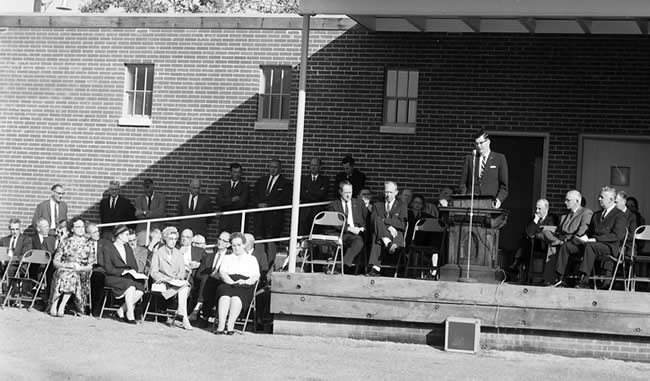 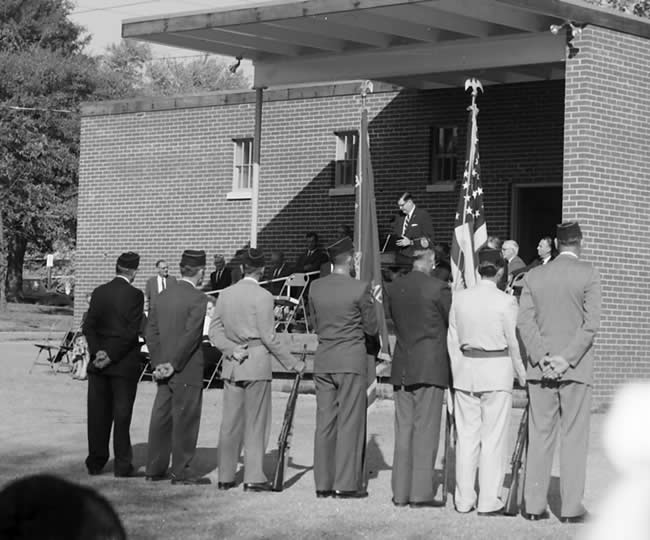